*This article is based on the interview conducted in November 2018; some details may differ at the present time.

Mori Trust, a major developer based in Toranomon, Minato Ward, is moving forward with the development of a new landmark that will symbolize Tokyo's status as an international city. This large-scale multi-use building representing the area is scheduled to be completed in March 2020. In this interview, we spoke with related parties about the overview of the project.

Large-Scale Redevelopment by Mori Trust Based in Kamiyacho/Toranomon 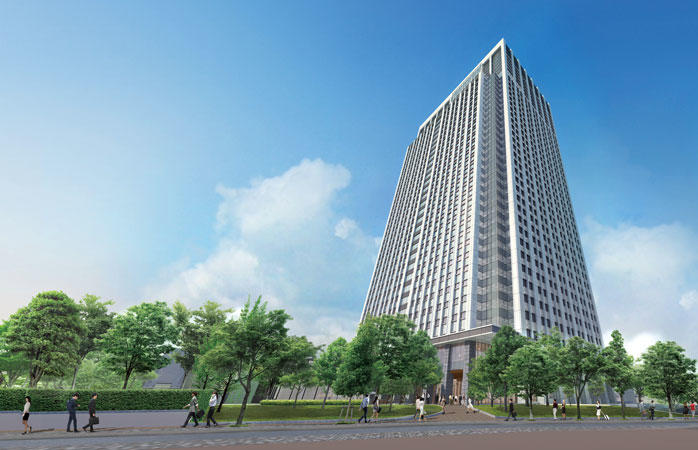 Kasumigaseki, the area adjacent to Toranomon where the development is taking place, is a core area of Japan where government facilities such as the cabinet office and Diet building have been located since the Meiji period. A short distance from Toranomon are various embassies and domiciles of foreign residents, showing that the area has developed with a very international feel.

Mori Trust Co., Ltd., the developer, has been based in the Kamiyacho/Toranomon area for about 20 years. This project is underway in Mori Trust's own home ground.

The project site occupies a prime location directly connected to Kamiyacho Station on the Tokyo Metro Hibiya Line. The project will be an integrated redevelopment project centering on Pastoral Toranomon, a hotel facility previously owned by the Mutual Aid Association of Agricultural, Forestry, and Fishery Institutions' Employees. The company acquired the site of Pastoral Toranomon in January 2008. The building was demolished and leveled after the facility closed in September the following year. Then, after the site was temporarily used as a provisional facility comprising of a square, vegetable garden for rent, restaurant, etc., construction for the current project began in October 2016.

Before construction began, it was provisionally named the Toranomon Yon-chome Project. On March 4, 2015, it was accredited as the first Architecture Remodeling Project for National Strategic Urban Planning designated by the Cabinet Office, and as a National Strategic Private Sector Urban Renaissance Project. Upon the start of construction in October 2016, it was decided that the name of the project would be changed to Tokyo World Gate, signifying its role as a gateway linking both Tokyo and Japan to the world.

The project site has been accredited as a National Strategic Special Zone. These are zones designated for the purpose of promoting facilities necessary for the formation of an international city that is competitive on a global level (including residences for urban dwellers, office buildings, and convention facilities) and establishing an international business environment that attracts capital and human resources from around the world. Exceptions have been made with regard to the City Planning Act, Land Readjustment Act, Urban Renewal Act, and Act on Special Measures Concerning Urban Reconstruction. The development of the Kamiyacho and Toranomon area will be further accelerated through the introduction of city functions aiming to enhance Tokyo's international competitiveness.

"If you were to name some of the characteristics of the Kamiyacho/Toranomon area, you might say it's a government office quarter or business district close to Kasumigaseki or that it's an area with a lot of foreigners from the embassies and foreign firms. It is also a district with a diverse range of functions where office buildings, public facilities, hotels, and residences are located. It also has many shrines and temples and is very green even though it's in the city center. This diversity differentiates it from the Marunouchi/Otemachi area, one of the leading business districts in Japan. In carrying this redevelopment project forward, we made sure to utilize to the best extent the broad appeal of the area." (Yoshihiko Masunaga)

The company settled on the following three points for development, incorporating the characteristics of areas with many foreigners and consolidating them under the concept of "Globalize Japan, Localize the World." The aim is to enhance Tokyo's status as an international city from both a physical and operational standpoint.

1. Establishment of businesses and the environment for interaction supporting innovation
① Business spaces to realize the workstyle of Tokyo, a city at the forefront in the world.
② Amenities full of greenery creating space for relaxation and recreation for between work time.

Kamiyacho Trust Tower will have 38 aboveground floors and 3 underground floors. Six floors (the 31st to 36th) will be occupied by Tokyo Edition Toranomon. Edition represents Marriott International's premium luxury hotel brand, and Mori Trust successfully brought it to Japan for the first time.

There are approximately 200 guestrooms in Tokyo Edition Toranomon, including suite rooms. Service apartment specifications are also provided to accommodate short- to long-term residential needs. A restaurant, bar, fitness room, pool, spa, and such will also be established. These additional facilities are anticipated to be used by hotel guests as well as office workers and residents.

"The concept of this hotel is "socializing." Another aim of this redevelopment project is to stimulate interactions between people who normally may not mingle with one other such as hotel guests, residents and even office workers, in an aim to further the development and vitalization of the Kamiyacho/Toranomon area. For this, we are also planning events in collaboration with a tourist information center for foreigners that we operate in Marunouchi. Wi-Fi is also scheduled to be set up in the district so that people can connect with the world at any time." (Ono)

Furthermore, in consideration of the high proportion of foreigners in the Kamiyacho/Toranomon area, functions for supporting the comfortable living of foreigners will be enhanced such as through the establishment of a medical facility providing total health support in multiple languages on the second floor, support in various procedures through concierge services and provision of information on living and tourism in multiple languages.

"Elevators and flow planning are taken into consideration to facilitate stress-free movement within the area where there are differences in elevation. We are also planning to make this location a base for dispatching the Japanese brand in the future by having more and more foreigners use the space." (Masunaga) 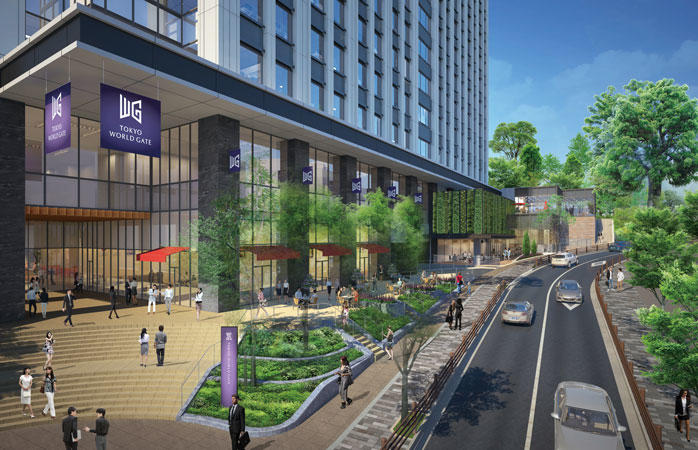 The building will have a total of 28 office floors, from the 3rd to the 30th floor, with an average area of around 1,160 tsubo [3,800 ㎡]. The large, column-free floor plate accommodates the needs of tenants who are wishing to consolidate offices that are divided among multiple floors or buildings in a single location. Moreover, all offices will feature state-of-the-art specifications, including LED lighting, high ceilings (2,900 mm) that create an open, spacious feel, raised floors (150 mm), and a standard floor load of 500 kg/㎡ (1,000 kg/㎡ in heavy-duty zones). Each floor will also have interior air-conditioning, enabling the temperature to be controlled within 72 different zones of approximately 50 ㎡ each, while the perimeter areas will be equipped with 58 individual air-conditioning units per floor plus natural air vents.

Flap barriers will be installed on the first underground floor to the second aboveground floor, providing solid security. Thorough BCP measures will provide the use of a hybrid damping system delivering vibration suppression performance that is 1.5 times superior to that required for standard high-rise buildings. In the event of a prolonged power outage, the building will have high-capacity generation equipment covering up to about 80% of regular power needs.

While a strong international flavor is a feature of the Kamiyacho/Toranomon area, the strategic policy of leasing does not necessarily emphasize foreign firms. "Rather than details of capital or corporate size, we plan to focus on whether or not the company is doing business internationally." (Ryohei Minayoshi)

Another distinctive feature of Tokyo World Gate is that about half of the office floors (the 14 stories from the 3rd to 16th floor) will serve as "creative floors." Based on the project's "Creative First" vision for office work, they will be equipped with unique interior specifications combining a high level of flexibility with cost-saving, specialized common areas designed to enhance creativity for the entire floor, and optimal and flexible security plans aligned with open innovation needs.

"The concept is to provide strong support to the innovative creation of offices that increase productivity and creativity and help attract excellent human resources, something which all companies desire. In particular, we have decided to hand over spaces with one-fourth open ceiling, employ nomadic designs in common use areas exclusive to the creative floors, and establish security-free entrances connecting to elevator banks of the 3rd to 9th floor to make smooth the line of flow of visitors." (Ono)

"The building entrance designed by architect Kengo Kuma is said to present a refined and comfortable space with approximately 5,000 ㎡ of green space."(Minayoshi)

"Though most of the offices basically had the same layout a little while ago, an increasing number of companies now seek very diverse design and use for their spaces. We realized that we should flexibly meet these needs, including with regard to contract terms." (Minayoshi) 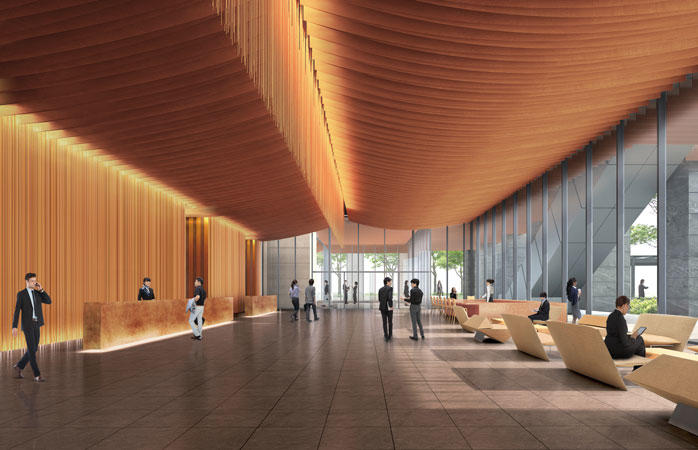 With the formulation of a new corporate slogan in 2017, "Create the Future," the company is working towards the creation of an "exciting future." As a part of such efforts, the Kamiyacho God Valley Vision was announced in September (the name Kamiyacho can be translated as "God Valley Town") for new urban development in its major business hub of Kamiyacho. With a vision of a global and creative area that gives rise to a new value and on which the world's gaze will be focused, it will be based on the four pillars of sustainable development goals (SDGs), open innovation, smart technology, and wellness. Its five action plans consist of the promotion of SDGs in urban development, the establishment of environments that increase creativity, the introduction of future technologies and next-generation services, the formation of diverse communities and hosting of events in connection to the local area.

"The two aspects that we would like to emphasize in particular are diversity and interaction. The idea is to invigorate the entire area through the interaction of office tenants with one other and with companies in the neighborhood. To this aim, we formulated the Kamiyacho God Valley Vision." (Masunaga)

It is indeed the vision that represents the future of the Kamiyacho/Toranomon area, and the flagship will be Kamiyacho Trust Tower.

"Various cases in the past indicate that the Kamiyacho/Toranomon area has long been a place that welcomes diversity. By constructing high-functioning and creative office environments in an area where workplaces and residences are conveniently close to one other, a diverse range of players including leading firms, small or medium-sized venture firms and foreign firms will gather and new attractive features of the area will be created through their interactions. That is the theme of the Kamiyacho God Valley Vision." (Ono)

While Kamiyacho Trust Tower isn't scheduled for completion until March 2020, future-oriented city development based on the Kamiyacho God Valley Vision is already off to a start. At buildings owned by the company that are close to each other, co-working spaces have been opened for office sharing and venture firms are actively being brought in. Mechanisms for promoting communication will be developed while connecting with tenant companies and various stakeholders relating to/enjoying prosperity in the Kamiyacho area in order to further facilitate diversity and interaction going forward.

In the company's medium- to long-term vision, Advance 2027, new investment projects and innovation creation strategies will be proactively promoted. An activity hub for startup companies called dock-Toranomon will be jointly operated with Creww and collaborations with large firms will be advanced. New businesses in view of the future will be supported through various means.

"2020 is not just the year when the Olympics will be hosted in Tokyo. A large supply of office buildings is also expected in the city's office market. Many companies have resonated with our idea of jointly bringing innovation into this environment and are prepared to join us in this endeavor." (Masunaga)

The development of Japan's leading international hub will continue alongside these multi-faceted initiatives. 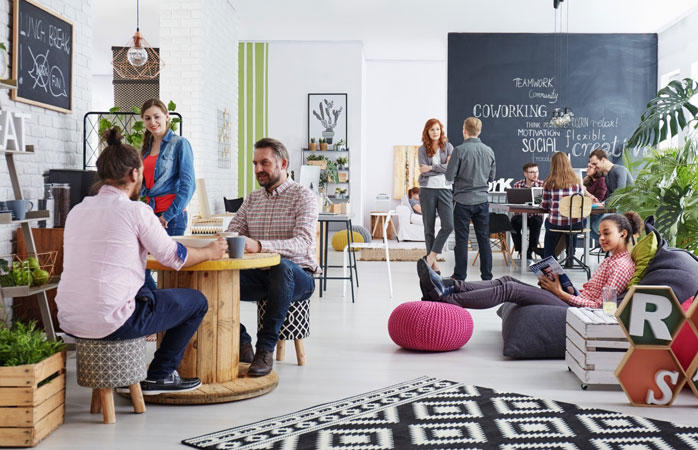 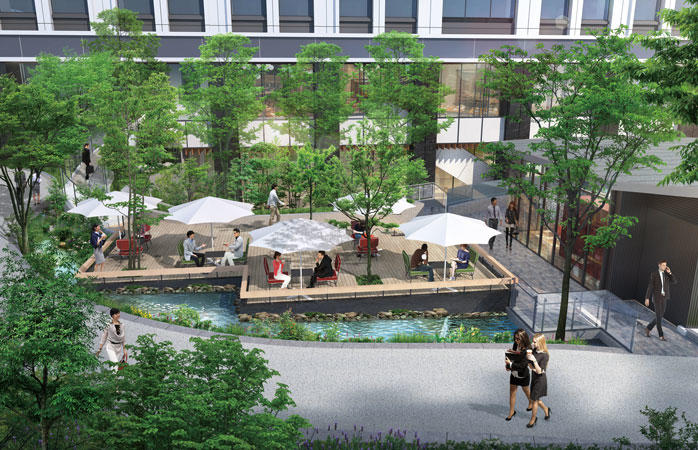 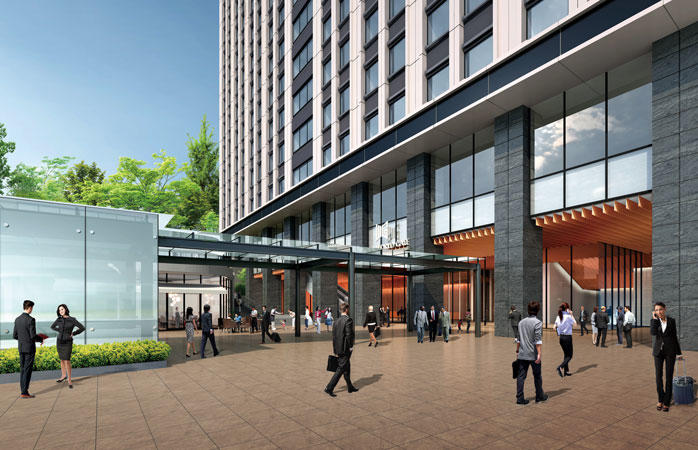